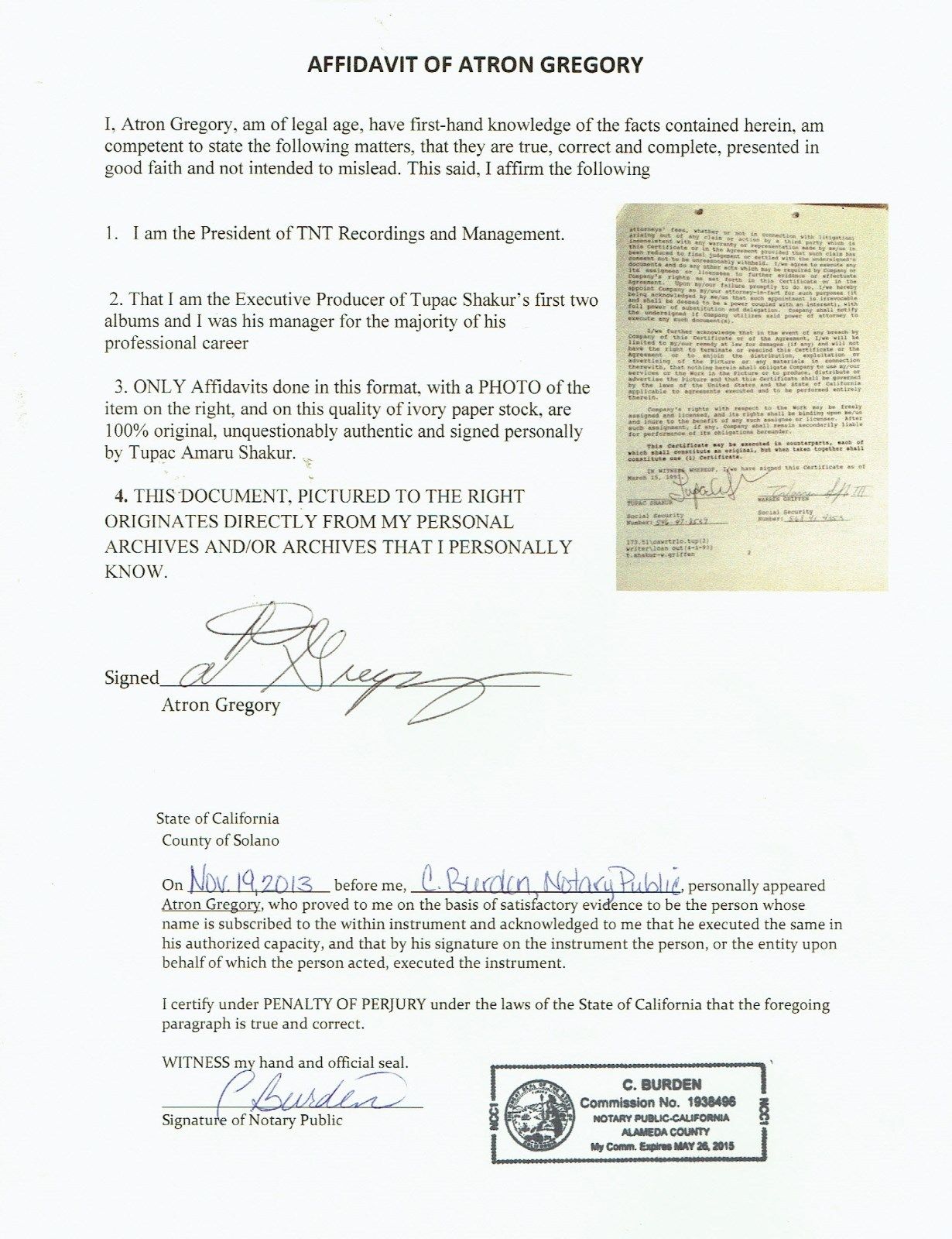 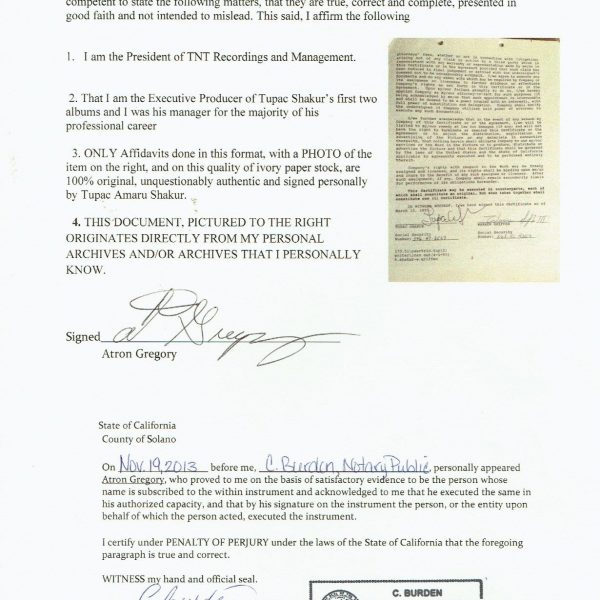 The late great Tupac Shakur was assasinated on September 7th, 1996, more than 20 years ago, however his legend and legacy seems to only grow with time. Artist 50 Cent was quoted as saying “Every rapper who grew up in the Nineties owes something to Tupac”. About.com named Shakur the most influential rapper ever, and a whole generation of Millennials overwelmingly consider Tupac to be the poet and voice of their generation.

Offered here is the two-page “Certificate of Authorship” for the original music composition titled “Definition of a Thug Nigga”, in connection with the movie “Poetic Justice”at the request of Columbia Pictures. This song was written by Tupac for the soundtrack album of the 1993 film “Poetic Justice” which he also starred in. This song later appeared posthumously on two other Tupac albums including 1997's “2Pac – R U Still Down?” and 2007's “The Best of 2Pac”. This contract is singed boldly in black ball-point pen by both Tupac Shakur and another American West Coast rapping legend and producer Warren Griffin AKA Warren G. This piece comes complete with a letter of authenticity from leading 3rd party authenticator JSA and an affidavit from Tupac's friend and executive producer Atron Gregory. Gregory writes in the affidavit that this document originates directly from his personal archives.

Tupac Shakur personal letters and documents such as this have sky rocketed in recent years, and are forecasted to go even higher in value in the future as pieces like this disappear from the market. A Tupac signed letter just sold in Goldin Auctions this past October for in excess of $172,000. Here's your chance to obtain what we feel is an even more important piece of movie and music history from the height of Tupac's career for a fraction of that cost. 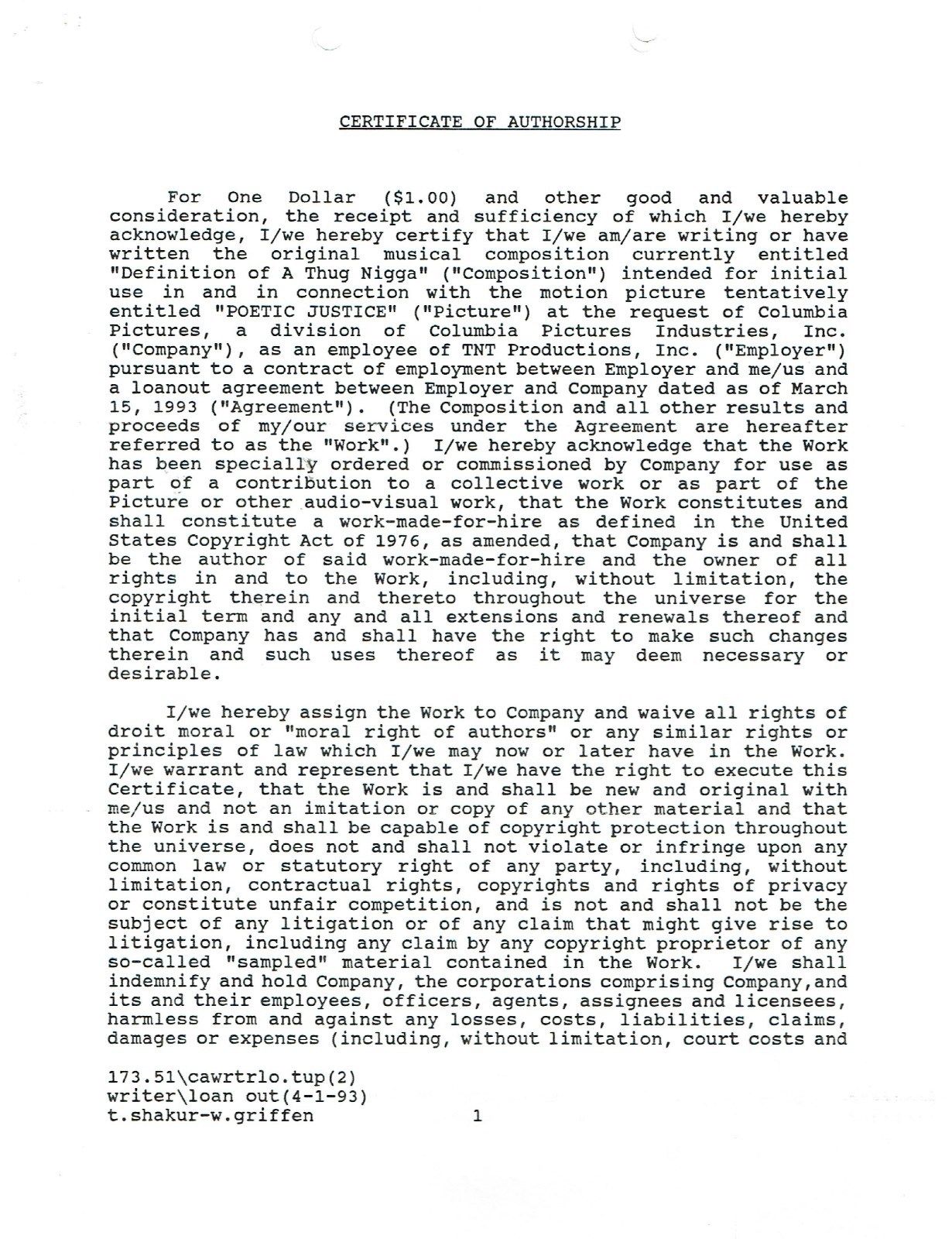 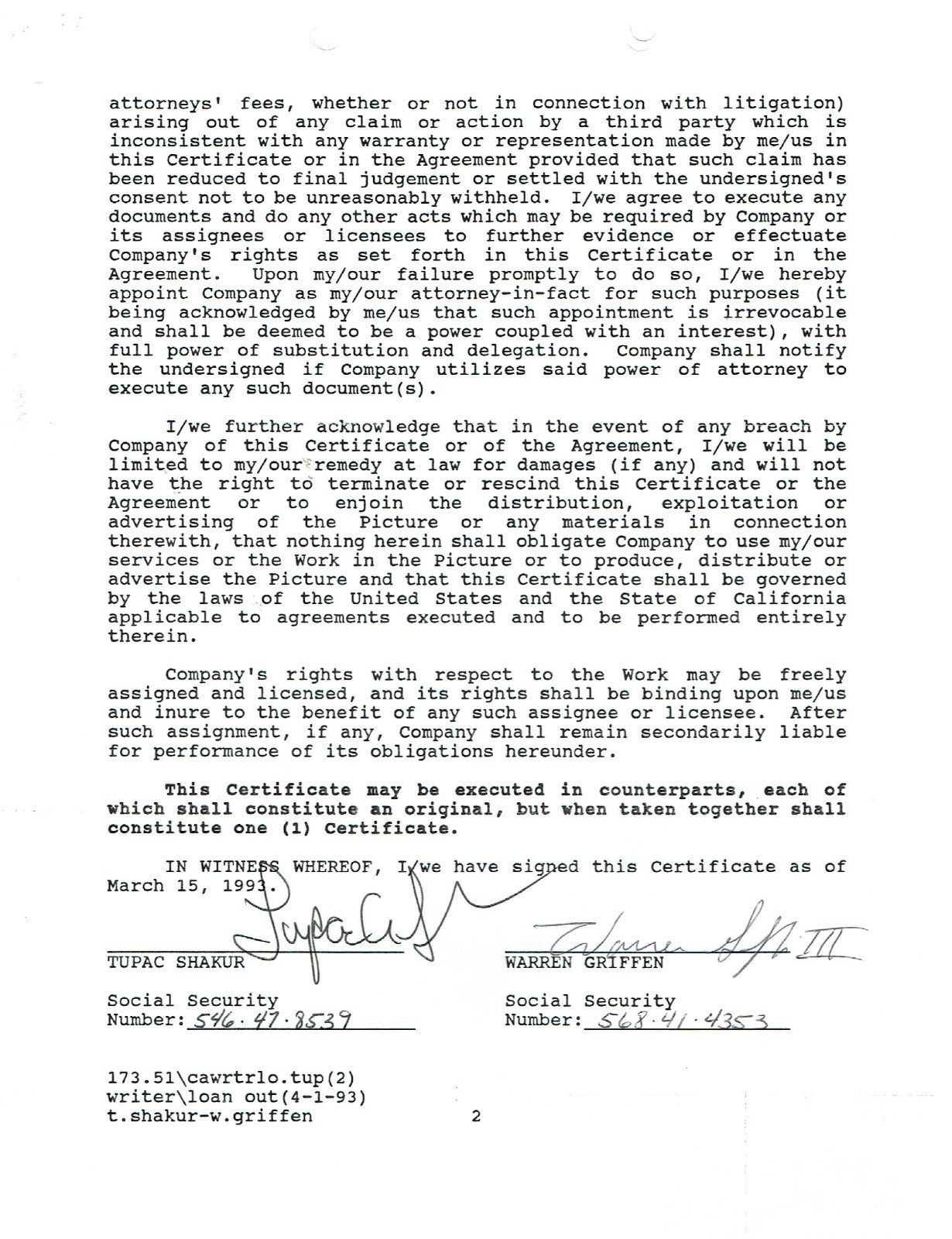