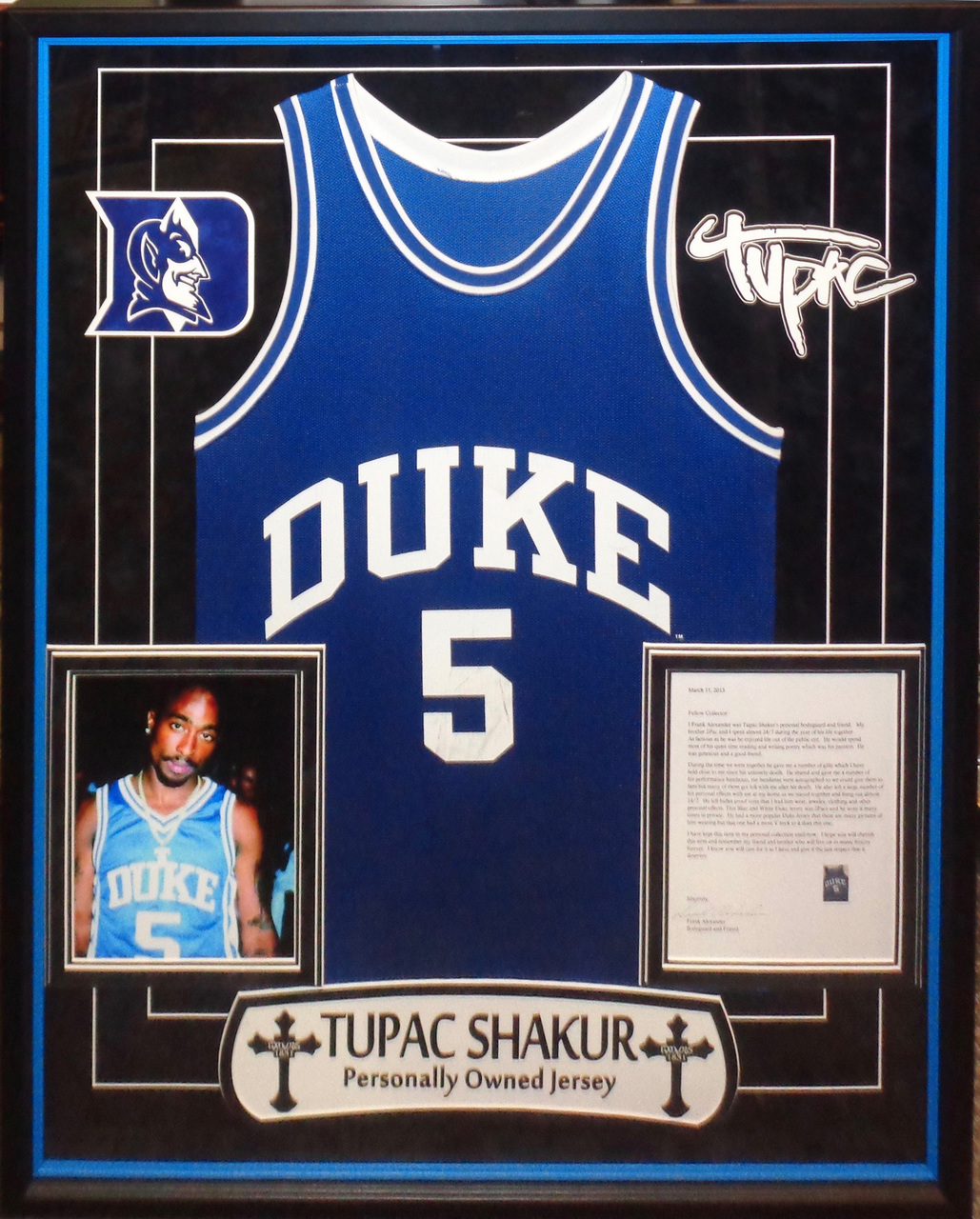 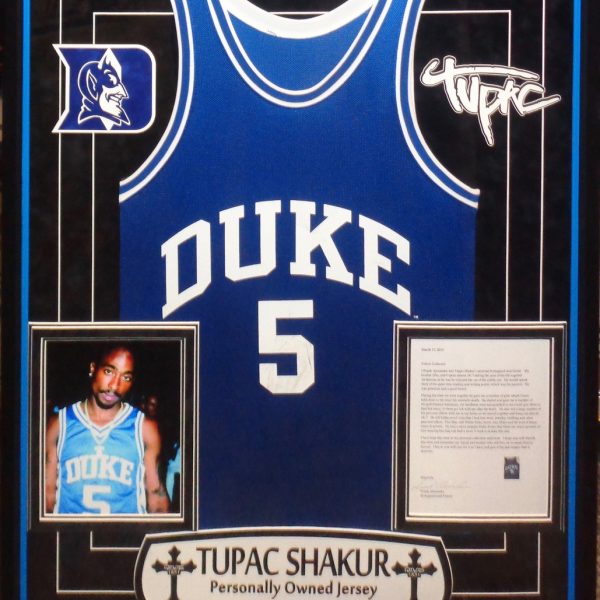 Tupac Shakur, 1971 – 1996, was an American rapper, author, actor and poet. His music survives him so strongly that he continues to be one of the best selling music artists of all time. Rolling Stone magazine ranked him #86 on its list of the 100 Greatest artists of all time and he is consistently ranked as one of the most influential rappers of all time.

Here is Tupac's personally owned and worn Duke #5 jersey. It comes with a letter of provenance from his body guard and friend, Frank Alexander. Tupac was a great fan of Duke University's basketball team, especially Jeff Capel, who played for Duke in the mid 1990s….and he was Tupac's favorite: player #5. Capel actually went on to be come head coach at Virginia Commonwealth University and U of Oklahoma. The jersey is framed with the letter of provenance in the display as well as a great photo of Tupac Shakur. 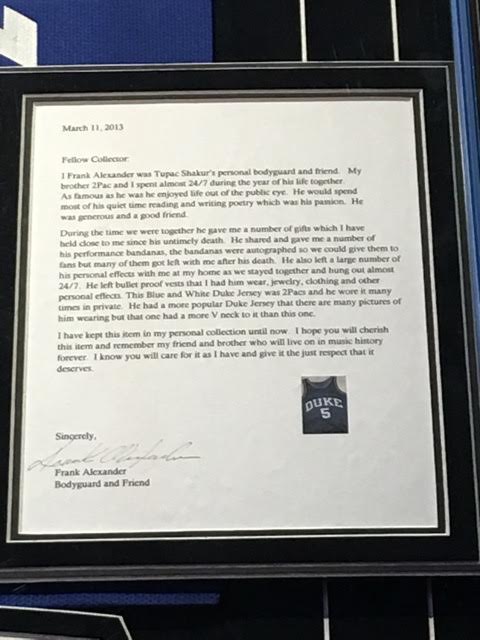